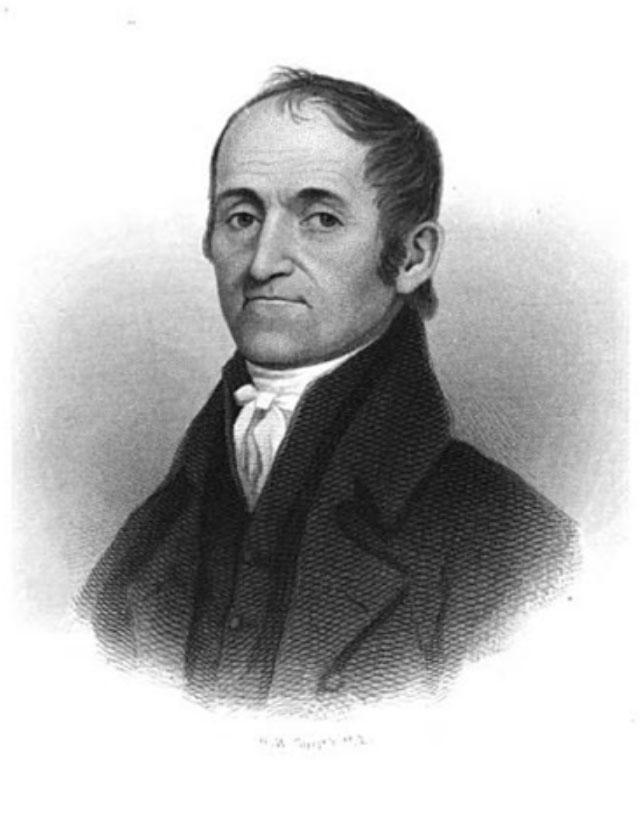 David Bacon was born in 1771 in Woodstock, Connecticut. He became an ordained minister with the Congregationalist Church. On August 7, 1800, he began his journey West in hopes of converting Native Americans to Christianity. In 1801, Bacon and his wife set up a mission in Detroit, Michigan that was not successful due to the local rowdy frontiersman who were not interested in religion and local Roman Catholic priests who did not like Bacon. Next, Bacon tried to set up a mission along the Maumee River. An Ottawa leader, Little Otter, addressed Bacon and rejected his offer. Little Otter declared that Christianity is only for white people, they once had a religion much like Bacon’s, but they discovered a better way. After the failed attempt along the Maumee River, David Bacon travelled back to Detroit and tried to spread Christianity to the Ojibwa people, near Mackinaw. He had little success converting the Ojibwa, despite spending two years in this area.

In 1804, the Congregationalist Church assigned Bacon as the minister of a church in Hudson, Ohio. He was also given the duty of travelling through the Connecticut Western Reserve, converting both white people and Native Americans to Christianity and allowed Bacon to create the town of Tallmadge, Ohio and build a church. In July 1807, Bacon constructed one of the first cabins in Tallmadge for his family. Bacon had a challenging time finding new residents to live in town. By the end of 1808, Tallmadge was only home to twelve families. Unfortunately, David Bacon was evicted from his land in 1812. He had bought the land for the town on credit and was unable to pay off his debts. After his eviction, Bacon and his family returned to Connecticut. David Bacon spent the rest of his life selling religious texts door to door. He passed away on August 17, 1817. Due to his passing, David Bacon was never able to see Tallmadge grow, the town eventually became the center of the congregationalist faith in Ohio.